Since classical times, ancient Carthaginians, Phoenicians and Greeks established settlements in the south of Italy, the Italic tribe known as the Latins, formed the Roman Kingdom.

The Renaissance began in Italy and spread to the rest of Europe, bringing a renewed interest in humanism, science, exploration and art with the start of the modern era. Italian culture flourished at this time, producing famous scholars, artists and polymath such as Leonardo da Vinci, Galileo Galilei, Michelangelo Buonarroti, Nicolo' Macchiavelli and many others.

Explorers from Italy such as Marco Polo, Cristoforo Colombo, Amerigo Vespucci and Giovanni da Verrazzano discovered new routes to the Far East and the New World helping to usher in the European Age of Discovery.

Today Italy is number one for Unesco World Heritage Sites. 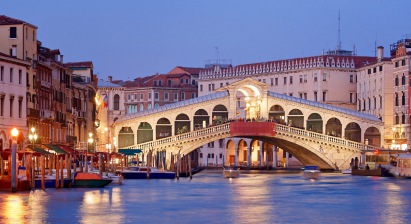 Day 1 - We are pleased to offer complimentary motorboat transfers from the Venice airport to your hotel. We will be at the airport to greet you.

After you settle in at your hotel, we will meet for a brief orientation and welcome drink.

Take a stroll through Venice in the traffic-free street and alleyways.

Day 2 - We will meet you for a walking tour of St. Mark's Square and visit the Doge's Palace and the Cathedral. In the afternoon Gondola ride through the canals.

Day 3 - Today visit to the Rialto Bridge and the Bridge of Sighs. Time on your own to shop and enjoy the city. Suggested Murano Tour to Glass Factory. 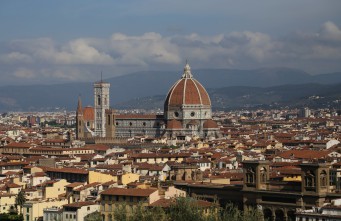 Day 4 - Check out and transfer to the train station - High Speed Train to Florence.

Arrival and check in at your hotel. Afternoon walking tour on Piazza della Signoria and night tour at Ponte Vecchio.

Day 6 - This morning we will drive you in a private motor coach to the Tuscan countryside to the Verrazzano Castle where you will visit the vineyard, have lunch and wine tasting. 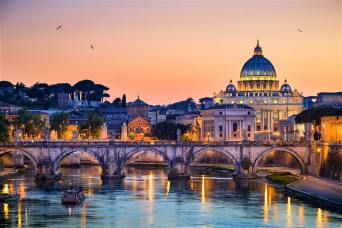 Day 7 - Check out and transfer to the train station - High Speed Train to Rome.

Arrival and check in at your hotel. Afternoon walking tour to the Pantheon and the Trevi Fountain.

Day 8 - We will meet in the lobby for a private tour of the Colosseum and Roman Forum.

Afternoon on your own to explore and shopping.

Day 9 - Today we will take you for one more private tour to the Vatican Museums, the Sistine Chapel and the St. Peter Basilica.

Day 10 - Walking tour of the Ara Pacis, the Vittoriano and Piazza Navona.

Closing dinner to one of our favorite local restaurants.

Day 11 - Check out and transfer to Rome airport (FCO)

What is included and Prices